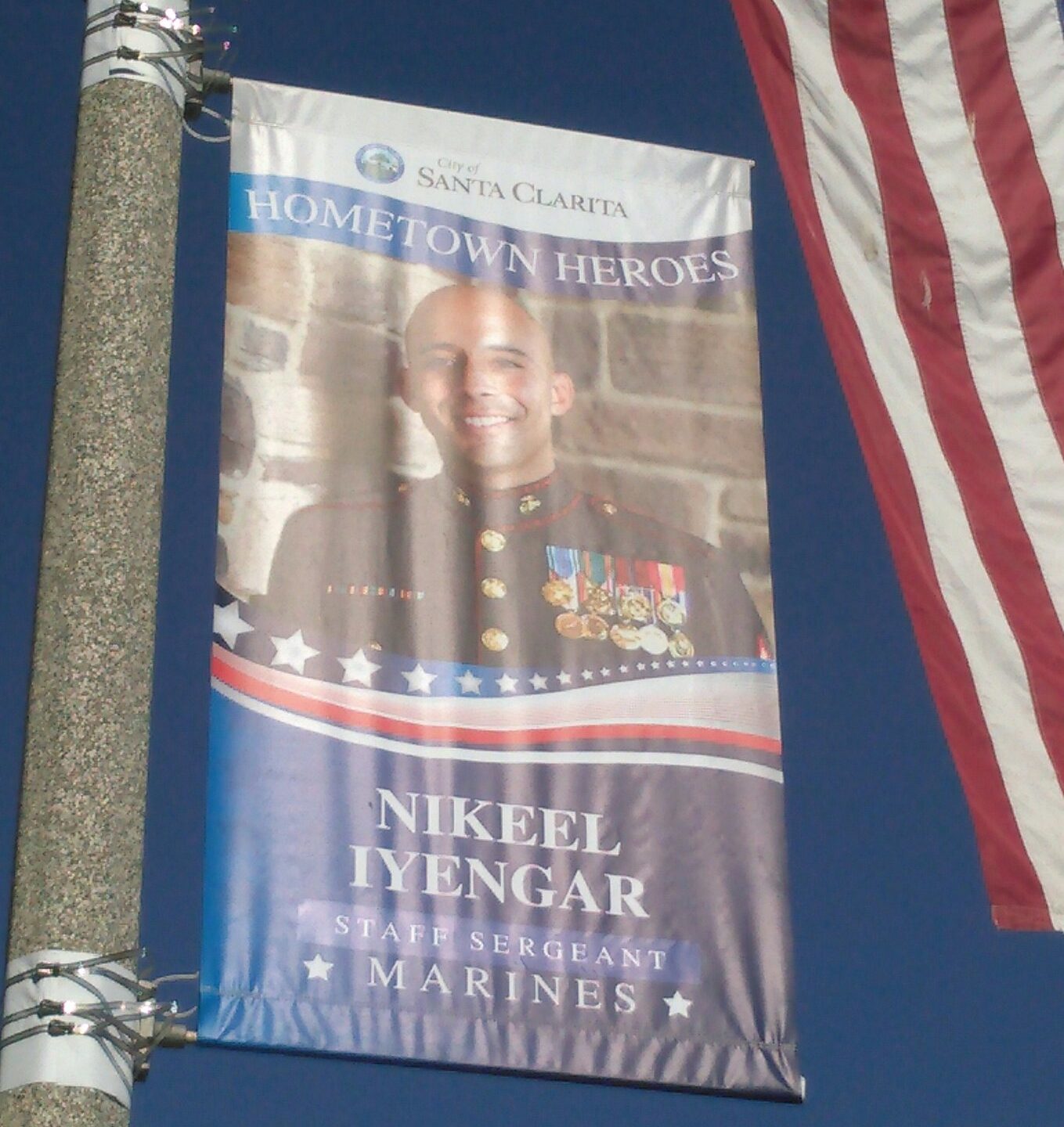 AAA Flag & Banner was interviewed for ABC Radio’s profile of the City of Santa Clarita’s Hometown Heroes Military Banner Program as well as their annual 4th of July hometown parade. 8,000 people turned out this past 4th of July to watch the horses, firetrucks, waving flags, marching bands, motorcycles and American Legion riders who help ensure that the parade is safe for all attendees.  The Santa Clarita parade was voted “Best in the Country” which is impressive considering it is a town of only 250,000 people.

To listen to the full radio coverage click play.

Santa Clarita gets dressed every year for special holidays with hundreds of flags and pole banners. The City of Santa Clarita’s Hometown Heroes Military Banner Program honors actively-serving military members from the Santa Clarita Valley with streetlight banners. These patriotic banners are hung three times a year to honor local heroes and go up before Memorial Day, the Fourth of July and Veterans Day. Each banner features the military member’s photograph, name, rank and branch of the military they serve. The City of Santa Clarita believes every hero should be recognized and sponsored banners are available.

“As people drive to work every day, as children are going to school every day, and they look up on these poles and they see these banners and they see these faces of real people who are away from home right now  and out on foreign lands and they’re putting their lives on the line so that we can be safe here that we can go to work in peace and go to school without fear.” – Craig Furst, President of AAA Flag & Banner.

In many other cities where these banner programs run the families pay the full cost of these banners. But in Santa Clarita the banners are subsidized by the city. The spirit of this program is contagious.

“The families are incredibly supportive of their service person and they’re very proud of them. You can feel it when you talk to them on the phone…This lovely lady bought a banner for her nephew and when she was done asking all her questions she said to me now how do I donate a banner to a family who can’t afford it. And I told her I’d be happy to just take all of her information. I contacted the Mayor and City Manager of Santa Clarita and told them I have money put aside and to send me information for the family that can’t afford one themselves. So its handled.” -Leslie Wolfe

Months ahead of the 4th of July these banners are printed, not only for Santa Clarita, but for cities around the country. AAA Flag & Banner prints thousands of banners in our state of the industry factory for programs like this one.