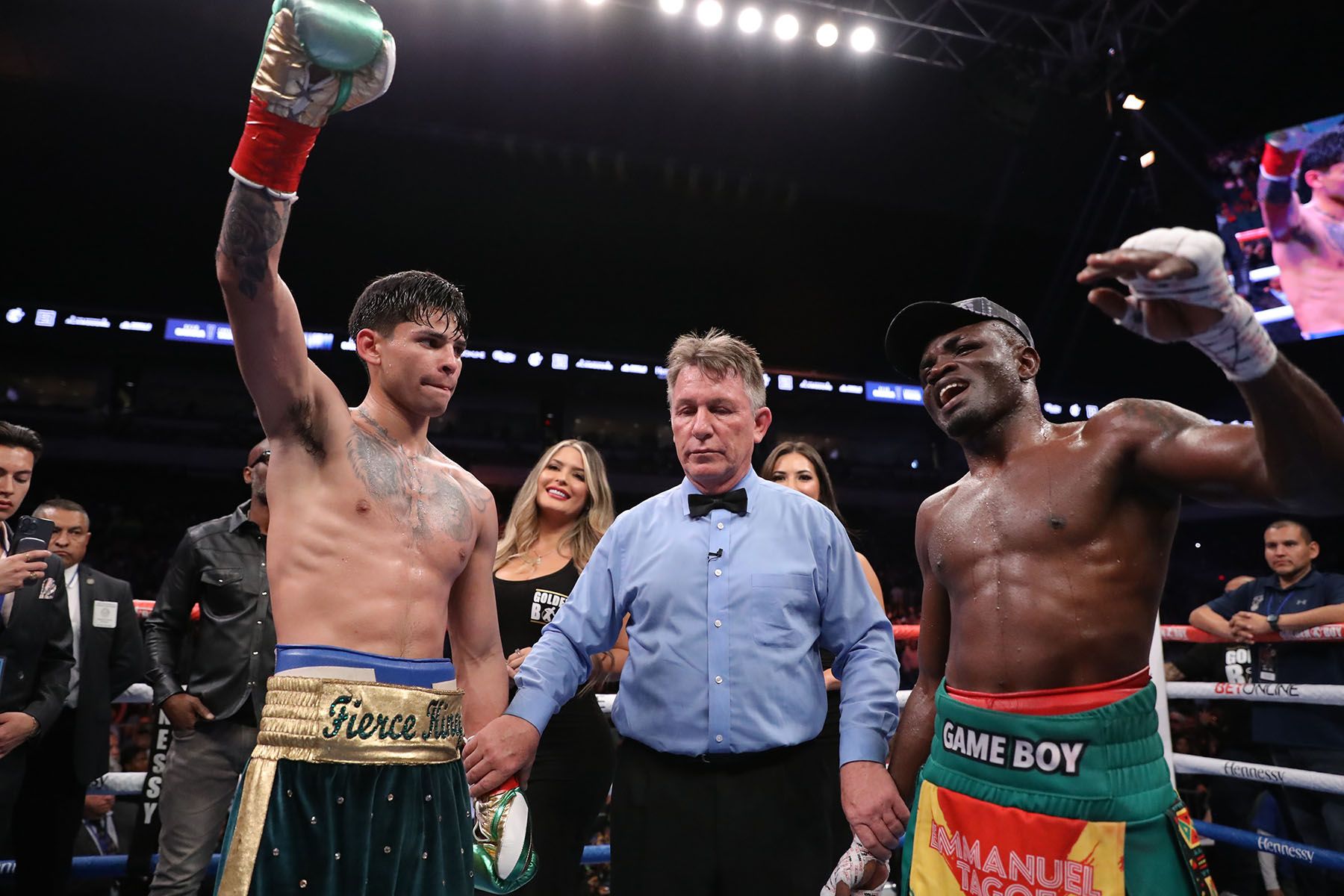 Some of the biggest names in boxing, Ryan Garcia and Emmanuel Tagoe, recently competed in a 139-pound catchweight fight in San Antonio, Texas. The highly-anticipated match made headlines throughout the sports industry, particularly following Garcia’s lengthy year-long break from the ring.

Our team at AAA Flag & Banner worked with event organizers to produce a variety of graphics in preparation for the face-off, fight, and other related festivities. We shipped a number of custom vinyl banners, decals, and backdrops to the San Antonio-based venue. Here’s a closer look at how the activation came together, as well as behind the scenes highlights from the event itself.

Highlights from Garcia vs. Tagoe

From the opening bell, Tagoe made his way around the ring with his back to the ropes as he reacted to Garcia’s maneuvers. Garcia’s advances were strong and aggressive as he tried to trap Tagoe in a position where he could overpower him. In the second round, Garcia was able to send an unbalanced Tagoe to the floor with a clean hit. It wasn’t until the 10th round that Garcia was able to secure the lead and land the best punches of the match. Over the course of the fight, Tagoe’s strategy remained mostly defensive with little offensive power against Garcia.

When asked what the future has in store following his victory, Garcia says there are “no promises.” If he chooses to advance to other matches, Garcia will be on track to face some of the fiercest names in the division—including Gervonta “Tank” Davis.

The full “Fight Week” festivities surrounding the Garcia vs. Tagoe match up included a variety of venues and activations, including both the face-off and fight itself. Leading up to the event, we worked closely with organizers to produce a number of materials that would be shipped out to San Antonio in advance.

Our team manufactured six retractable graphics printed on super smooth white vinyl, each measuring 36” wide by 92” tall. Printed using ultraviolet ink, these banners were then finished with sewn velcro adhesive to make for easy installation once they arrived at the venue. We also produced a 96” by 72” floor decal that was placed inside the event to extend the main stage.

Our activation also included seven custom banners printed using high-pigment direct dye sublimation. Each of these graphics varied in size and placement, from the stage skirts to the main backdrop and supplementary side panels. Depending on the location, these banners were attached using either velcro or grommets.

We also produced a series of window and door decals featuring photos of Ryan Garcia and “The Return” text graphics. These vinyl decals included key sponsor logos as well as other promotional material. Inside, we wrapped a handful of columns with similar graphics featuring Garcia in his fight uniform. We also provided a variety of graphics and Gatorboard signage for check-in desks.

Over the years, we have produced countless activations for live sports and entertainment events. These types of projects require a unique set of skills as well as a deep understanding of a venue’s potential limitations. Especially when an event is scheduled to be televised, it’s important that both those guests watching in the audience and at home can share in the same experience. When it comes to sponsorship, it’s also crucial that logos and other branded partnership materials are prominently displayed and receive the necessary air time.

Interested in learning more about our live event and entertainment capabilities? View examples of our work at aaaflag.com and request your free quote at aaaflag.com/quote.