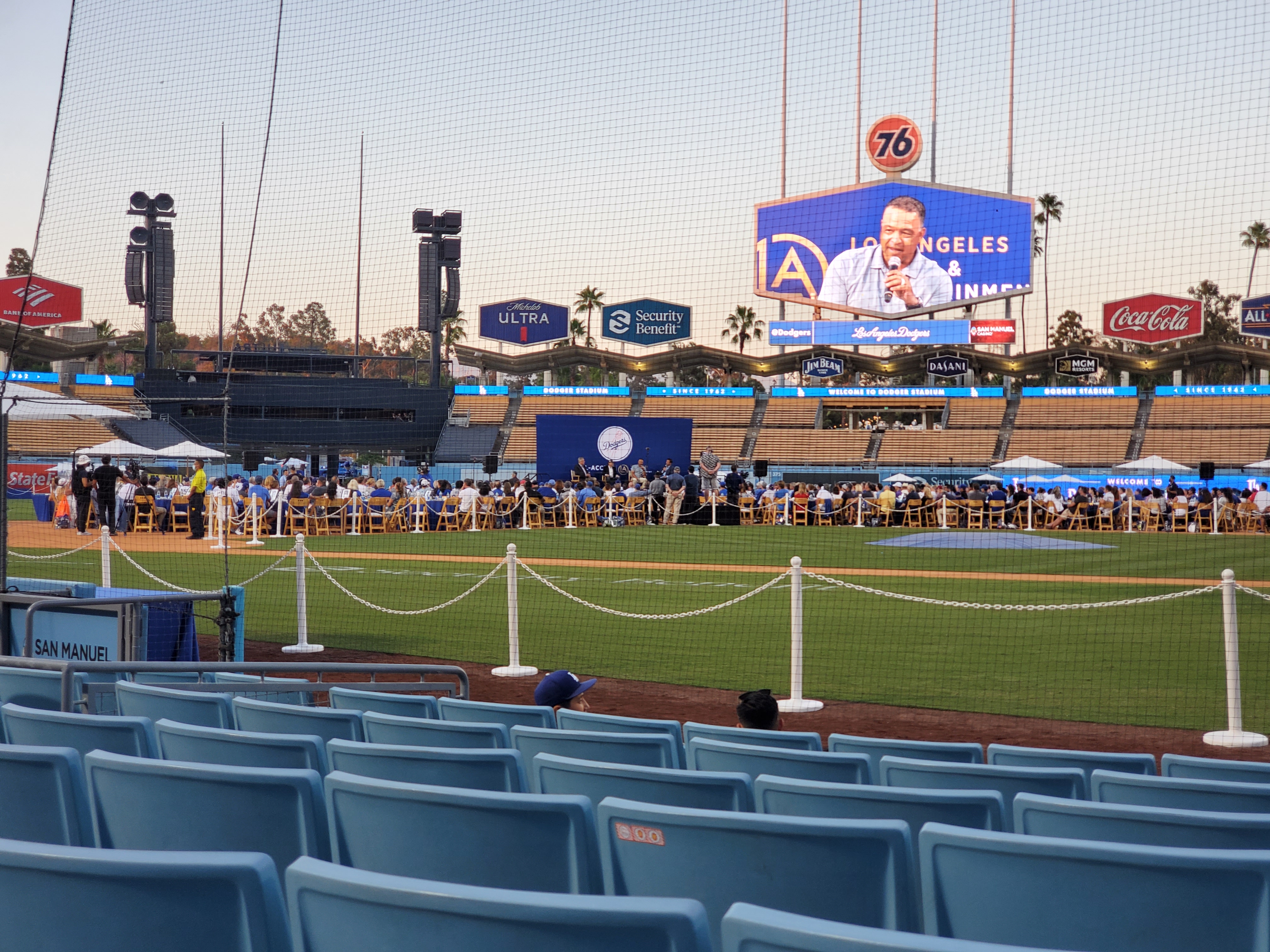 The familiar roar of cheering fans at Dodger Stadium is back—and it’s louder than ever.

Earlier this summer, tens of thousands of attendees came out to support the team’s highly-anticipated reopening day. With over 50,000 people packing the stands, the game made headlines as the largest crowd at a U.S. sporting event since the start of the pandemic. But for some fans looking for a once-in-a-lifetime Dodgers experience outside the usual nine innings, there’s only one event that comes to mind: Dodgers All-Access.

After being cancelled last season due to COVID-19, the seventh annual Los Angeles Dodgers All-Access event took place earlier this month at the team’s iconic Southern California baseball park. AAA Flag & Banner helped bring the activation to life by outfitting the entire field and stadium for the occasion.

Here’s a closer look at how we helped Dodger Stadium #BleedBlue.

When it comes to hosting Dodgers superfans, it's either “go big, or go home.”

For those in attendance, each guest had the chance to feel like a real part of their favorite team. The event included a private dinner and exclusive panels with members of the Dodgers front office as well as past and current players. For some fans, they even got to throw off the bullpen mound and take photos with players from the team.

With so many different photo ops and activations happening throughout the venue, our team created a variety of graphics and signage to help attendees navigate the stadium. A number of high-visibility wayfinding signs and A-frame boards were placed strategically around the field and concourse to make sure fans could easily find their way to and from each festivity. All wayfinding graphics were printed using the team’s unmistakable Dodger blue color as well as rigid Coroplast and Sintra materials.

Once inside the stadium, guests were welcomed by additional greeting banners and branded graphics. Throughout the grounds, we also designed and installed a series of media and photo backdrops including infield banners and more. All event markers and location labels were clearly identified using large custom Sintra signs. Several vinyl retractable banners were also placed around the stadium to help guests and media partners navigate the event.

Sports and Stadiums Graphics by AAA Flag and Banner

AAA Flag & Banner is proud to play a role in welcoming fans back to their favorite stadiums and sports arenas. We’ve worked with some of today’s biggest teams, from the Oakland A’s to the San Francisco Giants along with many others. From outfitting entirely new venues like the LA Coliseum for Giltinis Rugby or Aviva Stadium for the Houston SaberCats, our installation expertise helps ensure each team’s graphics last well after the last game of the season has been played—and the same is true even when it comes to E-sports.

Interested in learning more about how we can work together on your next sporting event or stadium activation? Request a free quote at www.aaaflag.com/quote and browse more highlights from our Dodgers All-Access installation below.