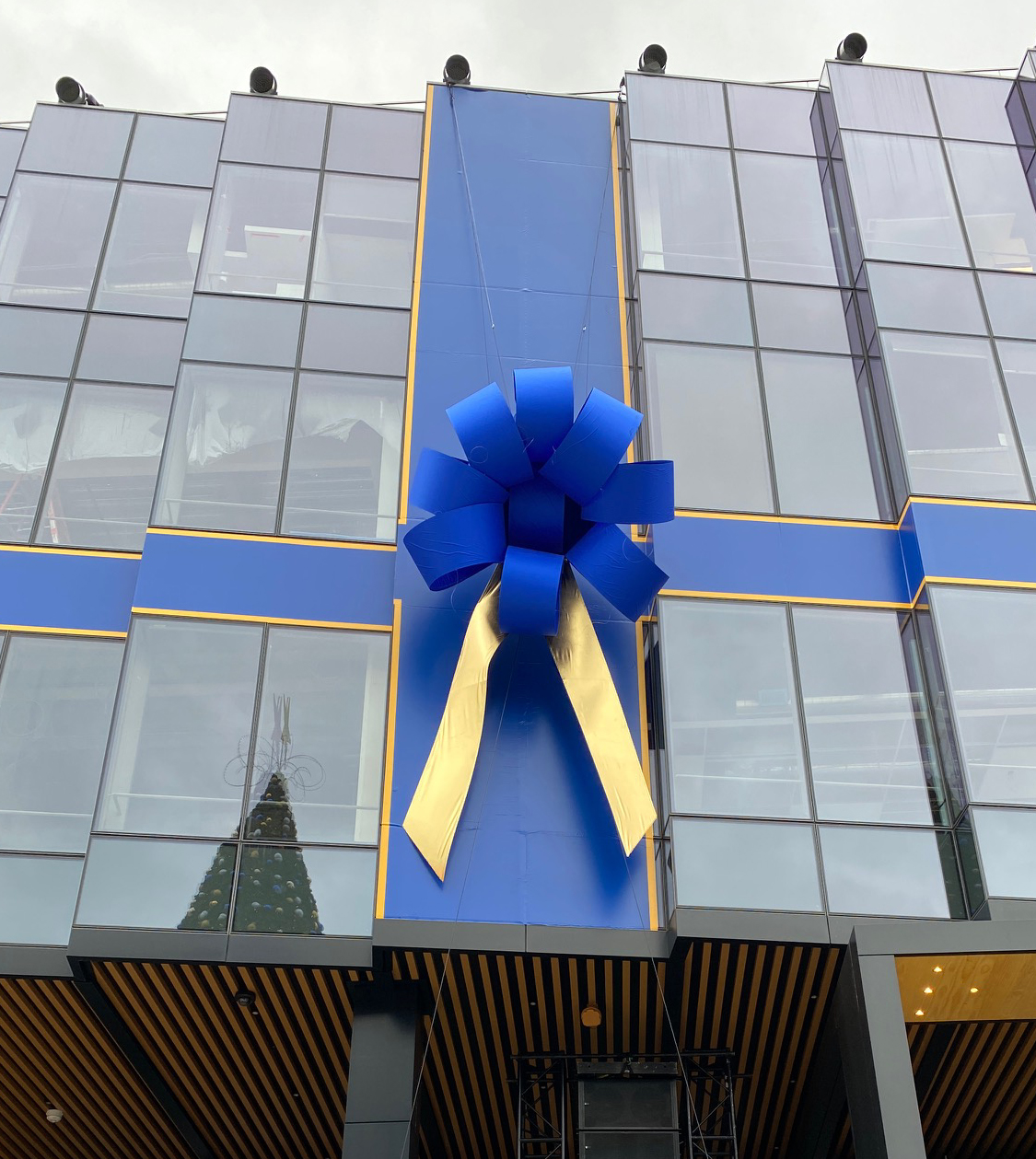 AAA Flag & Banner recently completed a holiday project at the Chase Center in San Francisco that was the definition of a “gigantic” undertaking. We transformed buildings near the arena into Christmas packages, complete with ribbons and a 16-foot-tall bow as the final gift wrapping, creating a special visual element for both visitors and for a live TV event.

The project “wrapped” two Uber buildings adjacent to the Chase Center, the home of the NBA’s Golden State Warriors. According to AAA Flag & Banner Managing Director Rob Heckman, the team was able to overcome several potential obstacles in order to complete the job including inclement weather and the need to complete the project within a two-week window from project approval to installation.

The sheer size of the bow created some significant challenges for installation (at 16 feet, it is the largest bow that AAA Flag & Banner has produced.) According to Rob, suspension support was created by running 3/16” coated aircraft cables in an “X” pattern from the top to the bottom. The cable was tied off to “G-Blocks” to anchor the base, while it was attached at the top to a fixed lighting structure.

The bows were placed on top of decal ribbons that had been installed on the exterior windows of the Uber buildings. The bow itself was offset about 3’ from the glass – this was done to ensure that neither the bow nor the cable would damage the window if there were heavy winds.

The final piece of the puzzle was preparing the face of the Chase Center for light show projection mapping as part of the live Chase Center tree lighting ceremony. More than 16,000 square feet of Window Perf (perforated window decals) were installed to provide a canvas for the light show. The result was a stunning visual display that delighted attendees and viewers alike. You can check out a video of the video installation here.

“This installation shows the strengths of AAA,” said Rob, “particularly our ability to bring our clients’ visions to life through our visual solutions.